A downloadable game for Windows

Childhood is a third-person narrative adventure that uses survival, resource management and stealth as main mechanics to tell Kayra's story, a 13-year-old orphan who needs to take care of her two siblings, Nia and Yeru, and carry on in a hostile setting inspired by the large cities around Southeast Asia.

- Look for food, water and meds on the streets

- Beg for money to buy anything you need

- Steal stores without being noticed

- Tell fairytales to your little sister

*Childhood is still in development. This demo shows the first half an hour of our game. 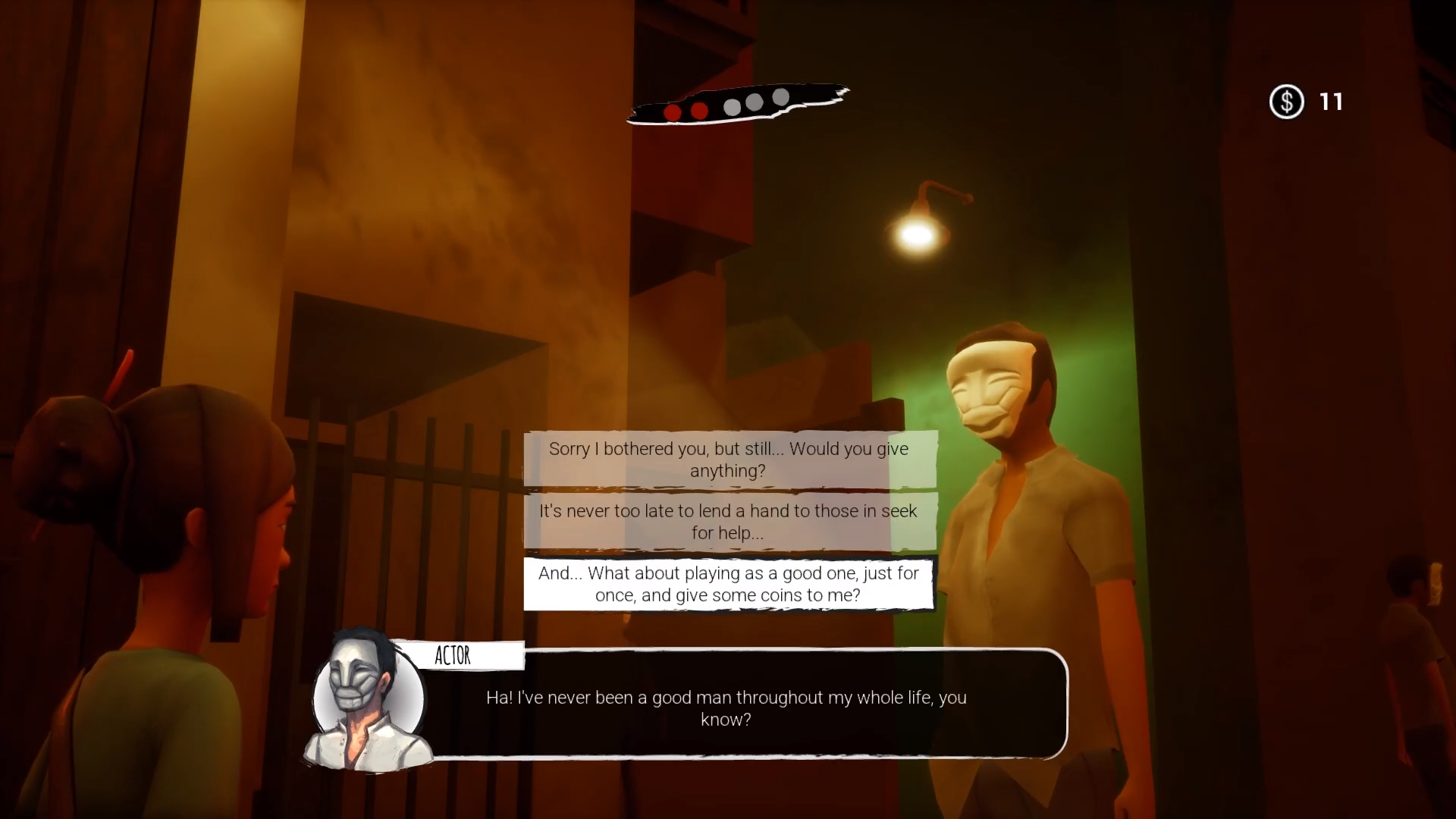 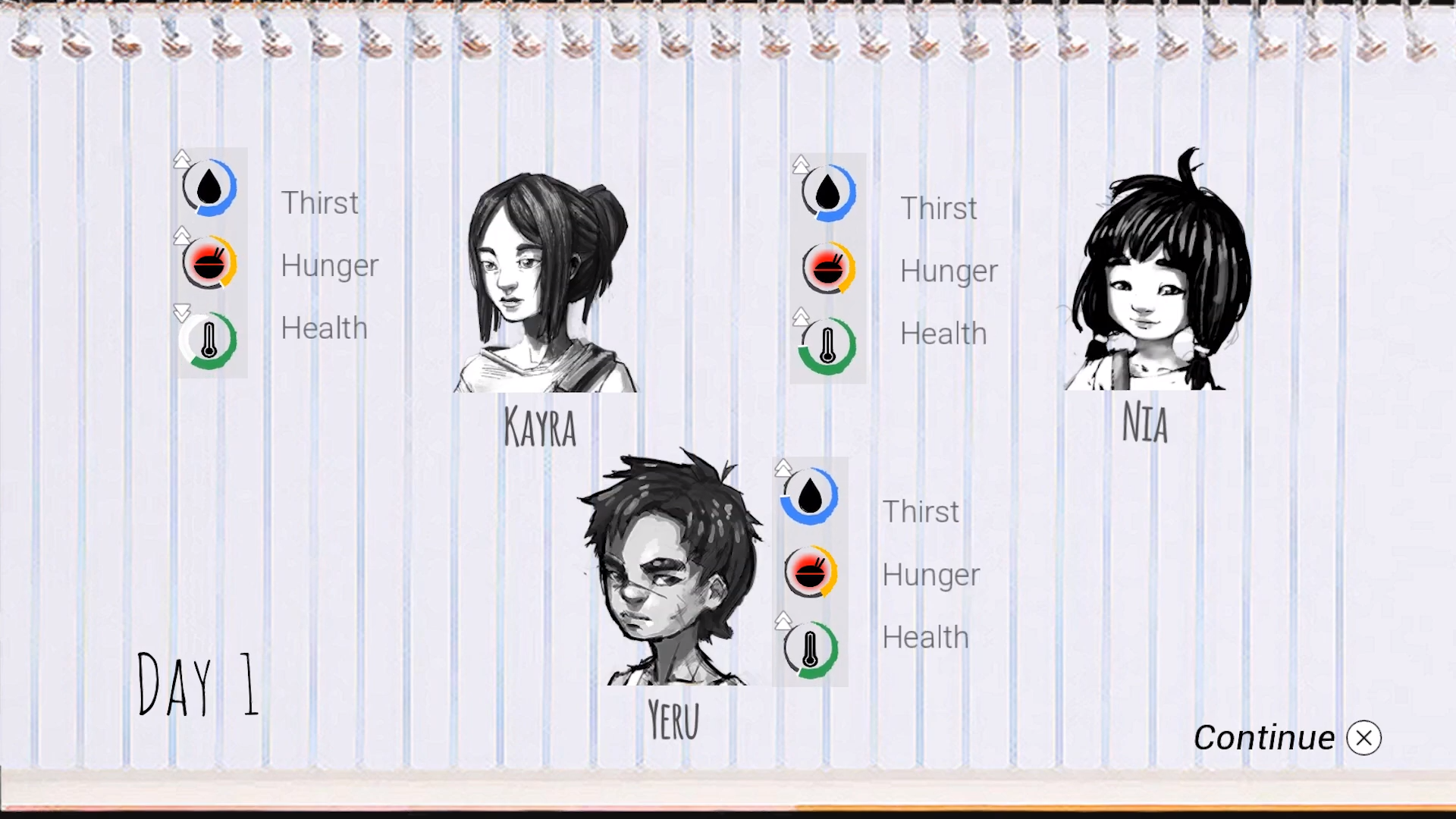 The game crashes for me as soon as I click 'new game' on Windows 11. Any info on compatibility?

amazing game when the full game will be released ?

The game had a lot of potential but unfortunately it looks like it's abandoned now :(

Please, please implement an option to invert the camera (X and Y) ^_^

We'll include these kind of options at full release :)

Glad to know you're adding more content and that there's a full release. :)

Short, but overall an interesting and fun experience. I like the setting and how it touches on the issue of childhood poverty. Looking forward to full game.

Thanks for your kind words and great video! We're keeping the hard work up, so you can expect the full release throughout this year :)

This game seems really good, but without options to help performance, I can't properly enjoy it.

Yeah... We're sorry about that.

If we include those options in the future, be sure we'll let you know.

Really cool idea for a game. The begging system is a little weird.

Thanks for sharing your thoughts!

About the begging system, we know it might be a little confusing on the first shot: there are multiple personalities for NPCs and so, giving their answers, players need to find out which one and reply in kind.

Thought this was a really unique and fun idea for a game! Really looking forward to a full version game! Keep up the awesome work!!

Thanks for your kind words and we're glad you liked our demo; we're aiming for a full-launch next year!

Stay tuned through our social media!

Wow. Looks amazing...Any plans to launch this on macOS?

We're not planning to launch this demo on Mac, sorry :(

But we take notice!

Reply
psychroclasm3 years ago(+1)
Sorry, the tweet got cut off. Are there any causes or charities you'd like me to plug in the description or on a card at the end of the video?
Reply
Dills603 years ago(+1)

excited to see this as a full game!

We're aiming for a full-launch next year ;)

We're glad you liked it.

it looks gorgeous, i afraid my comp cant play this one. may i share that trailer? hope that will help your games :D

But, of course. Please, share it! And thanks for the kind words.

Yeah, of course! The more people know about our game, the better for sure!

hope gamer find this game through my channel :D

I wish I could have gone out more days, the city is big enough that I could have spent searching a while longer. Really nice work. :)

Yay, as we know this demo is a little short and a few more days would make a better overall experience, we're aiming for a longer story in the final release next year.

Thank you so much for playing and for your kind words!

Impressive work here. I really was not expecting such a heavy game going in (I didn't read the page very well), but it's all the better for it. It did end a little abruptly, as I started to think it was going to be multiple days of item gathering and management. But overall it's a concise and powerful experience and it's awesome to see people raising awareness through games like these.

Since the very beginning, we knew we were dealing with heavy stuff; that's why it's been so difficult to portray this story and themes in a way players both put things into perspective and enjoy gameplay at the same time.

We know this demo is quite short, that's why we're aiming for more days when the final release comes.

Thanks for playing and sharing your thoughts with us!

1. Select a file and download it. You can choose between the two as pleased: English/Spanish (you could switch language within game) or English.

*A gamepad is strongly recommended, but the game is fully playable and enjoyable with K/M. If you're having trouble with your controller, try an external software such as InputMapper for PS gamepads or even launch 'Childhood.exe' through Steam's Client.

5. Mind your antivirus software if issues appear after launching and restart the game until troubles are gone 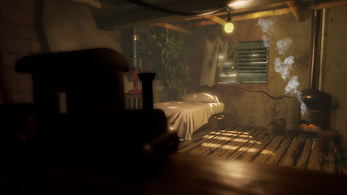 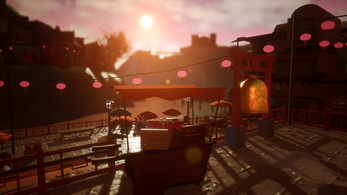 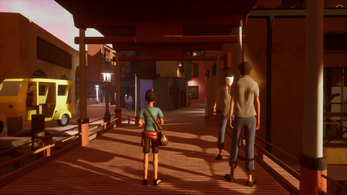 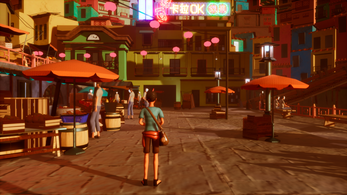 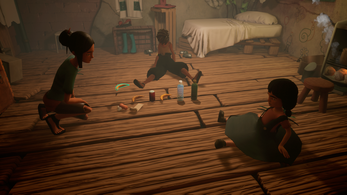